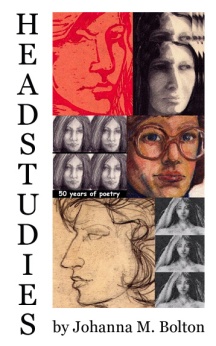 I cannot apologize for writing poetry. I really don’t want to be known as a poet, but as poetry is a kind of music with words and I am a musician, poetry just sort of happens to me. I suspect some long-forgotten elementary school teacher started me writing poetry, and I’ve been doing it ever since. My first poems were published when I was still in high school, and since then my poems have appeared in a number of publications, including a cookbook!

Now the tomato poem (the one from the cookbook) has a strange story. I wrote it when I got back from a party held by a journalist who had the idea of getting all the interesting people she’d interviewed together so we could meet and share our art with one another. It was a nice idea and a very memorable evening. I especially remember one fellow who was a poet and who read a couple of his poems. His method of delivery was … well, I can’t begin to describe his method of delivery. It was artistic …I think what you call emotive. To me, however, it sounded like a cross between the sounds a cow would make if she was caught in a fence and someone giving birth to an extremely large baby … sideways. I truly didn’t know if he was deliberately being funny and I should laugh, or he was being serious and I should hide under a piece of furniture! Whatever, it was impressive.

I was so impressed that I went home to try and write my own “emotive” piece of poetry about tomatoes. It was supposed to be a joke. I mean, who writes poems about tomatoes? Well, I suppose I do. The poem has appeared in various publications – including a cookbook — at least four times. I have to admit it turned out better than I thought it would. It’s probably the sexiest piece of poetry about a tomato that you’ll ever read.

Another poem in this collection was written as part of a college exam. I took an experimental class in mathematics taught by a genius of a teacher who took us exploring mathematical concepts in all kinds of unexpected places such as art, music, and the natural world. We studied infinity theory, tessellations, magic squares, theoretical geometry (I used a lot of toothpicks), and the music of John Cage. The school couldn’t stand it, BTW, especially since the class included not only math students, but artists, musicians, and anyone else who was interested. Apparently, non-mathematicians were not supposed to be exposed to the wonders of mathematics! And so the class was discontinued, alas. So much for education! But not before I wrote a poem called Mathematica Poetica. (Libby, where are you?)

Woodstock has a poem in this book. There’s one about the mystery of China, horses’ butts, ghost dogs, and some other things that might be included in a poem. There are no drippy love poems, however. They have a separate book entitled LOVE, LUST, & LIES.

I’m looking forward to hearing from you!!!
Write to me at jmbolton.author@gmail.com